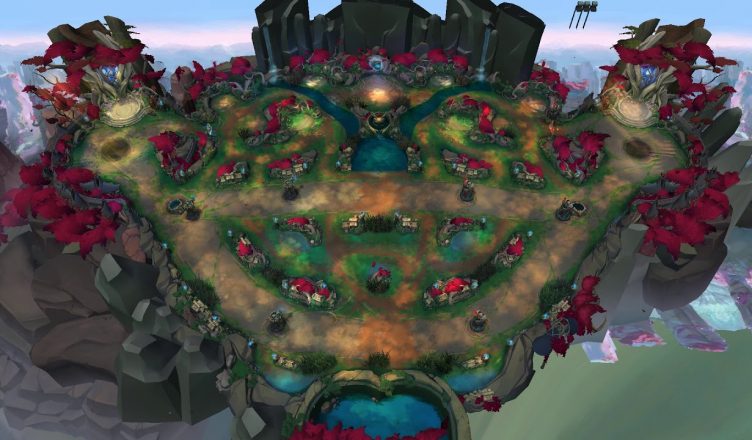 With the current global events, we need some distractions to avoid madness, those distractions can be many, one of them and one of the best of them is League of Legends. Riot Games has always characterized for being funny to play with new game modes or new champions. With quarantine, we can think this would suddenly stop, but no, on the contrary, they have been working on new events, like Spirit Blossom event which have a visual novel on the lobby, if we think about it, it can be considered as a new game mode, of course you have to play normal games to achieve the whole visual novel, but by itself it is a new experience on the game.

Riot have been working on new champions, with the Spirit Blossom event 2 new champions came, Lilia and Yone, and Yone is literally a Yasuo 2, also the double critic percent and the same mechanic with the Q, but Yone doesn’t throws a tornado, he throws himself and knock up people on the way. Yet, Yone have more possibilities to enter a fight without being smashed but Yasuo has more mobility; that can change in the future, but at least, for now.

The most recent add on game modes is a very old game mode, 2 or 3 years on the box, but it’s here again, Nexus Blitz. This is basically a combination between Summoner’s Rift and Abyss, because it combines random stuffs with a fair gameplay, made just for fun, actually, the games are not that longer either. Because at some point, when the game is taking too long, the nexus literally takes life and walks straight to mid to fight each other’s. The first nexus, or well, Titan Nexus, in “kill” the other one wins, it’s a nexus that looks like a (very) giant blue. But it is actually a very fun and intercative gameplay.

Nexus Blitz also has some interesting mini games, like, for example, killing the Teemo. And suddenly a giant Teemo appears in the middle on the map and every time you hit him, you’ll get extra gold. If you kill him you’ll get a lot of gold. Scuttle race, which is basically two scuttles running until they get a line, and to stop the other scuttle you need to damage it, when the life goes to 0 it will stop its walking for a few seconds. And one of the funniest, the 1 v 1. Both teams are suddenly in an arena without being able to attack or do anything but dancing, then the system will select some players to fight each other, can be a 2 v 2 or 1 v 1 or just 5 v 5 with Urf cooldowns.

All these things makes League of Legends an excellent tool to avoid stressful times in quarantine, go and play some games!