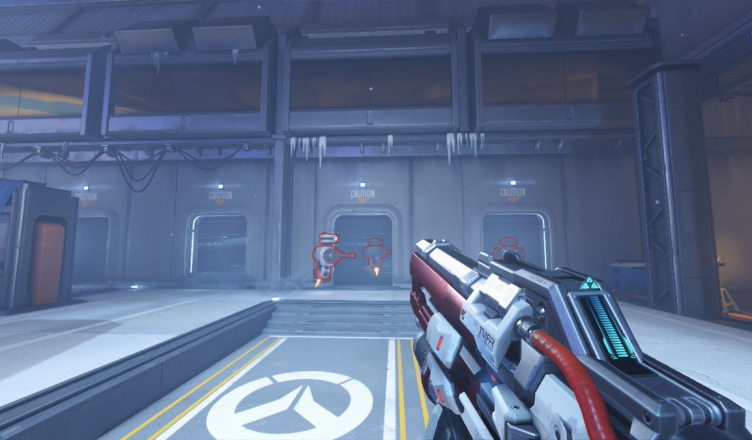 There are many stuffs we can talk about Overwatch, its gameplay, its production (cinematics) level, the heroes, competitive scene, etc. But today we will talk about something that every competitive game should have: A practice tool

To be quite specific, its name is Practice range, in there, players can practice and use the hero they wish to use, spam abilities, training aim, training movements, kill enemies or even, die. The amount of enemies is big, but those are just dummies, small robots that can hold shots and skills. Let’s say an example: you wish to learn how the Reinhardt’s ult works.

Some players, specially the newest players, don’t know how the ultimate abilities works, not all of them, they don’t know how the Reinhardt’s ult range works, they can learn it through two ways, by the rude one, game by game, or they can just go to the practice range and spam it in different angles, positions and also heights to figure out how it works.

Another example would be Roadhog, many new players don’t know that it push back and can be used to get them off the map, they just know that it looks cool and it deals damage, but that’s not all! In one game they can realize that it works weird, go to the practice range and done. They practice with the robots about its use.

If you are a player that don’t like to go damage and go support instead, don’t worry, the practice tool also works for you, for two (2) main reason. The first one is that even supports need to aim, Ana, Zenyatta or Mercy with her pistol needs to land shots, others, like Moira, luckily for her and bad for others, don’t need to land shots but still deals damage. And the second reason is that there are allies. You can heal bots! This is specially useful to get use to the role and figure out how much heal does that hero does. Or you can also practice being a DPS Moira, that works too, learning how to manage the healing while attacking, it’s not that easy at the beginning, but with enough practice you can do it. Not all games have a practice range, they just throw you into the game hoping you learn.

If you want to improve, use this resource often, if you want to have fun, that’s valid too! Just make sure you are enjoying what you are doing. Also, on the Overwatch workshop there is a Practice Tool which is more customizable, but the practice range should be enough for almost every purpose!