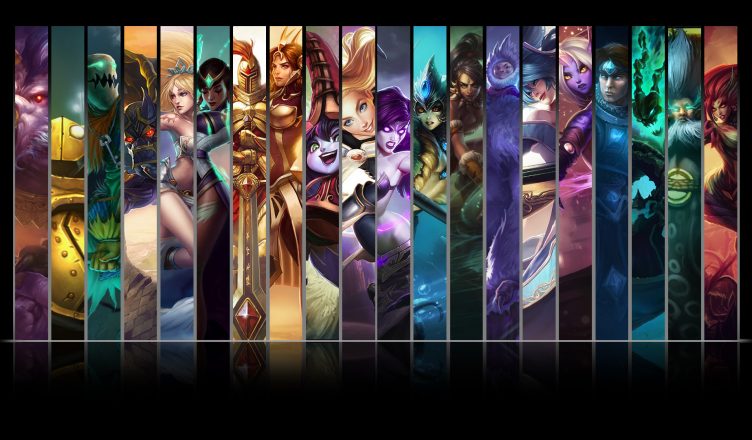 There are a lot of people who are always looking for new champions to play, and the main reason for this is that they want a champion that is fun to play and will offer them some LP. Well, you don’t need to go any further since we have the best three carry champions for support!

In the role of support, you have the option of playing as a tank, mage, enchanter, or assassin, depending on the playstyle you like or the synergy you wish to achieve with your AD carry or jungler.

Assasins focus primarily on getting kills in their lane and exploring the rest of the map to gather information that can help both themselves and their squad.

Enchanters need to be grouped with the most powerful player on their team, even if that player isn’t the AD carry, because their primary objective is to provide their allies with as many buffs as possible so that they can take control of the game.

Support is a pretty fun role to be played because you have play different playstyles and you can hard carry a game playing as support, it looks like a low key role, but support is one of the most important roles in League of Legends and if you are good at the role you can change a game completely.

Keeping this in mind, let’s take a look at the best 3 supports available for League of Legends.

Janna is well-equipped with crowd control tools that she may utilize to either entrap opposing champions or withdraw to clear the way for her teammates. Choose Glacial Augment as your main rune whenever your support has access to multiple crowd control abilities. By equipping this rune, you’ll be able to slow down enemy champions that have been hit by an immobilizing skill even further, giving your squad more time to react and finish them off.

Renata Glasc is the newest support champion in League of Legends, and she’s making a name for herself quickly. The Chem Baronees have a wide variety of game-altering special powers.

However, this does not guarantee victory simply by selecting Renata. Enough methods exist to deal with the champion. However, she is extremely difficult to master, and many players may struggle to play her in their initial bouts.

Taric‘s E is one of the few targeted stuns available to supports in League. The enemy’s squishies are simple targets for this ability, making Glacial Augment a good choice. Every stunned hero will then fire three icy rays at you and your foes, turning the tide of battle in your favor. Your damage and that of your teammates will be reduced by a certain percentage in each zone.

In the long run, players should pick runes that increase their overall and lane-specific utility. Therefore, Taric should go for Magical Footwear and Biscuit Delivery, which will allow him to conserve gold early and provide him with some extra health and mana in the game’s first six minutes. However, Cosmic Insight will come in helpful in the late game by decreasing the cooldowns of your item abilities and summoner spells.

Last but not least, you want to be as tanky as you can so you can properly use your ultimate in teamfights. Conditioning and Revitalize are excellent choices for improving your defenses because they raise your resistance, shielding, and healing abilities, respectively.